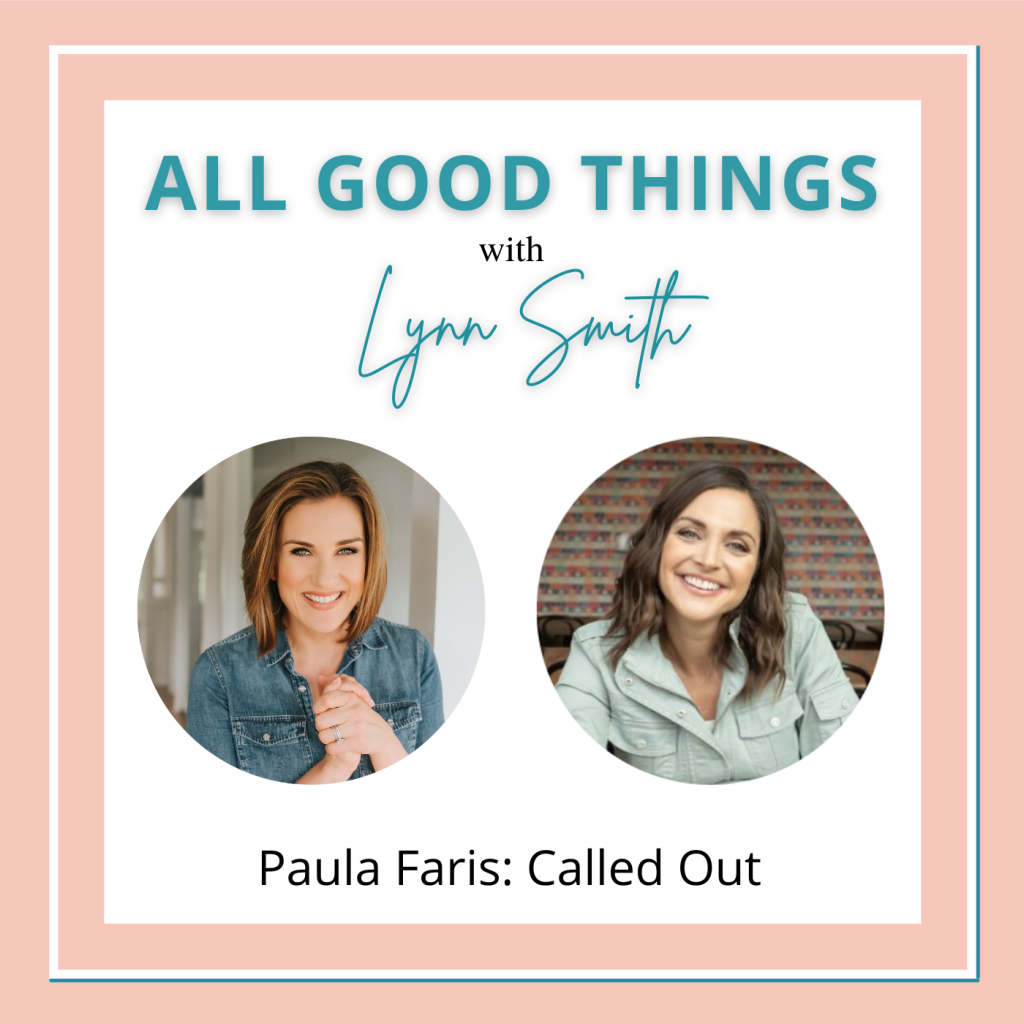 Paula Faris, former co-host of Good Morning America Weekend and The View, is focusing these days on being a wife, mom, and dedicated follower of Jesus. She wants to champion you to be your best self.

IN THIS EPISODE, PAULA TALKS WITH LYNN ABOUT:

“It’s great to love what you do, just don’t be defined by it.” .@PaulaFaris

“Faith is a driving factor for so many of us.” .@PaulaFaris

“Connection is a big part of the game.” .@PaulaFaris

“I’m trying to be the healthiest version of who I was created to be.” .@PaulaFaris

“Knowing your weaknesses is a strength.” .@PaulaFaris

“A lot of the battle we’re trying to win is the battle in our mind.” .@PaulaFaris

Paula Faris has spent well over two decades in broadcast television, beginning with TV affiliates in Chicago, Cincinnati and Dayton, cutting her teeth behind the scenes by shooting, editing and producing. Most recently, Paula spent nine years at ABC News where she co-anchored “Good Morning America Weekend,” co-hosted “The View” and launched the “Journeys Of Faith with Paula Faris”. She’s reported on everything from politics, news and entertainment to sports and faith, interviewing the likes of Hillary Clinton, Sean Spicer, Joe Biden, KellyAnne Conway, Nicole Kidman, Tom Hanks, Steph Curry and Charlize Theron and the casts of “Star Wars” and “Avengers.”

The Emmy-Award winning journalist released her first book, “Called Out: Why I Traded Two Dream Jobs For A Life of True Calling,” giving readers an inside look at the series of events that led her to pump the brakes at the height of her career and led her to discover who she was apart from what she did for a living. Now, Paula is using her platform to champion others to know their true worth and equip them to be their best selves.