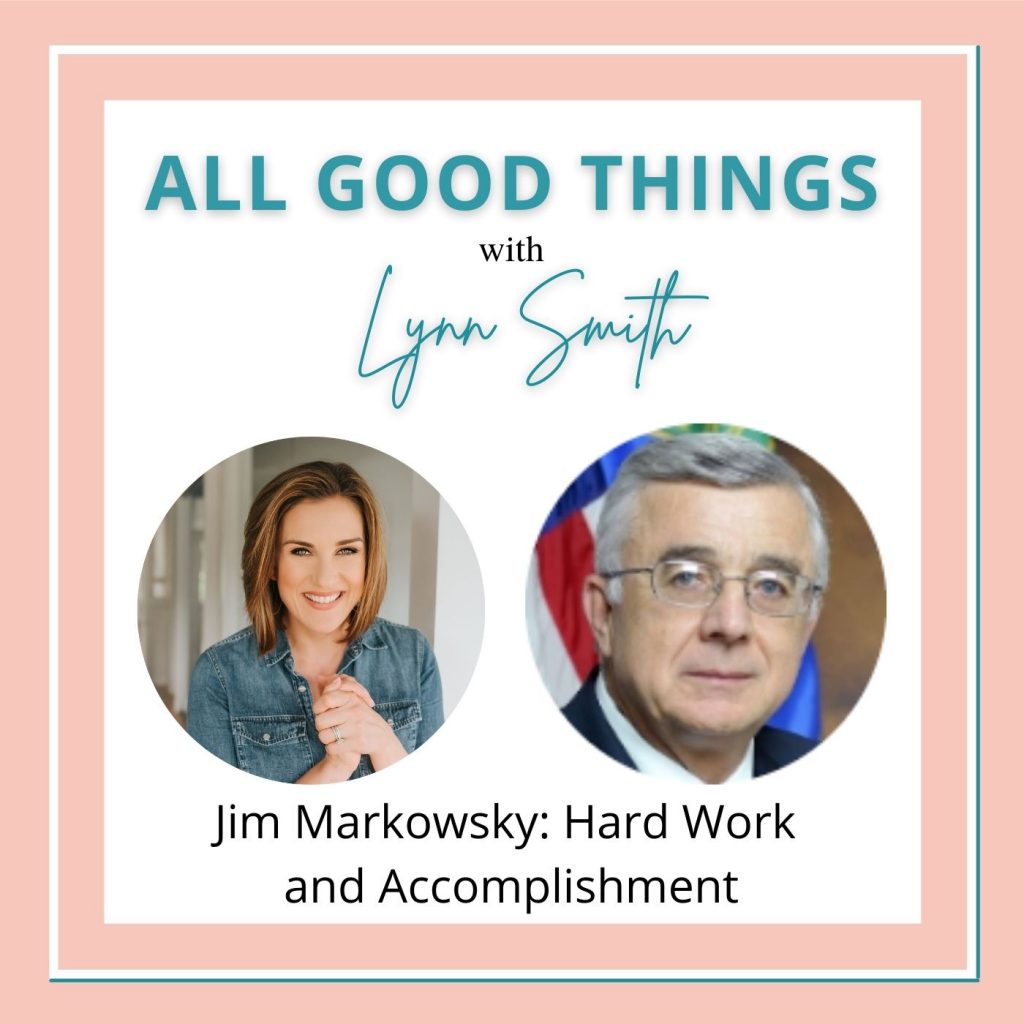 Jim Markowsky emigrated to the U.S. as a young boy and learned when you like what you’re doing and you work hard, you always accomplish and you always succeed. He is also Lynn’s dad.

IN THIS EPISODE, JIM TALKS WITH LYNN ABOUT:

“I watched my parents work. And so I built up that kind of work ethic.” –Jim Markowsky

“I didn’t have really career goals. I just worked in something I liked to do.” –Jim Markowsky

“I think people reached out to help people that were migrating because it was a very strenuous time.” –Jim Markowsky

“We’re more self-centered [today], looking more at ourselves instead of looking at the community and helping the community.” –Jim Markowsky

“It was all the opportunities I had because of this country.” –Jim Markowsky

“I was very proud and honored that I was able to give back to the country that I love so much.” –Jim Markowsky

Born in January 1945 in German occupied Czechoslovakia to Ukrainian refugees who emigrated to the United States in 1948, Jim Markowsky earned a B.S. in Mechanical Engineering from Pratt Institute in 1967, an M.S. and Ph.D. in Mechanical Engineering from Cornell University in 1970 and 1971, respectively, and an M.S. in Industrial Management from the Massachusetts Institute of Technology in 1981.

Shortly after earning his doctorate, Markowsky went to work at American Electric Power Service Corporation (AEP), where he remained through 2000. AEP is a large investor-owned electric utility, which is among the nation’s largest generators of electricity and owns the nation’s largest electricity transmission system.  Markowsky began his thirty-year career at AEP in 1971 as a Senior Engineer in AEP’s Mechanical Division.  In 1977, he was named Program Manager for AEP’s pressurized fluidized bed combustion development program.  He was named head of the Mechanical Engineering Division and elected Assistant Vice President in 1984; Vice President for Mechanical Engineering in 1987; Senior Vice President and Chief Engineer in 1988; Executive Vice President for Engineering and Construction in 1993; and Executive Vice President for Power Generation in 1996, a post he held at his retirement in 2000.

After his retirement from AEP, Markowsky was President of Research and Development Solutions, LLC, from 2004 to 2005, which had a $41 million contract to provide Research and Development Support Services to the DOE’s National Energy Technology Laboratory. He is or has been a member of the National Research Council Committee on America’s Energy Future, Chair of the National Academy of Engineering Section 6 – Electric Power/Energy Systems Committee, the Association of Edison Illuminating Companies Power Generation Committee, the American Society of Mechanical Engineers Industry Advisory Board, Chairman of the Coal Utilization Research Council, the Electric Power Research Institute Research Advisory Committee, and Chairman of the EPRI Fossil Power Plants Business Unit Council Steering Committee. He has 26 publications in the area of power generation and fossil energy and served as an Adjunct Associate Professor at City College of New York from 1975 to 1977.

In August 2009, Jim was confirmed as President Obama’s selection to serve in the Department of Energy as the Assistant Secretary for Fossil Energy. An energy industry veteran with a strong technical background in research and development, Dr. Markowsky knew the U.S. (and the world) would continue to rely primarily on fossil fuels for decades to come. Thus, any strategies to meet the global climate crisis will have to include a fossil fuel component. Jim served as the primary policy advisor on issues involving coal, oil, and natural gas, including research and development efforts in those areas.

Today, Jim is fully retired and enjoys traveling with his wife Carolyn, which includes seeing their daughters and grandchildren every chance they get.