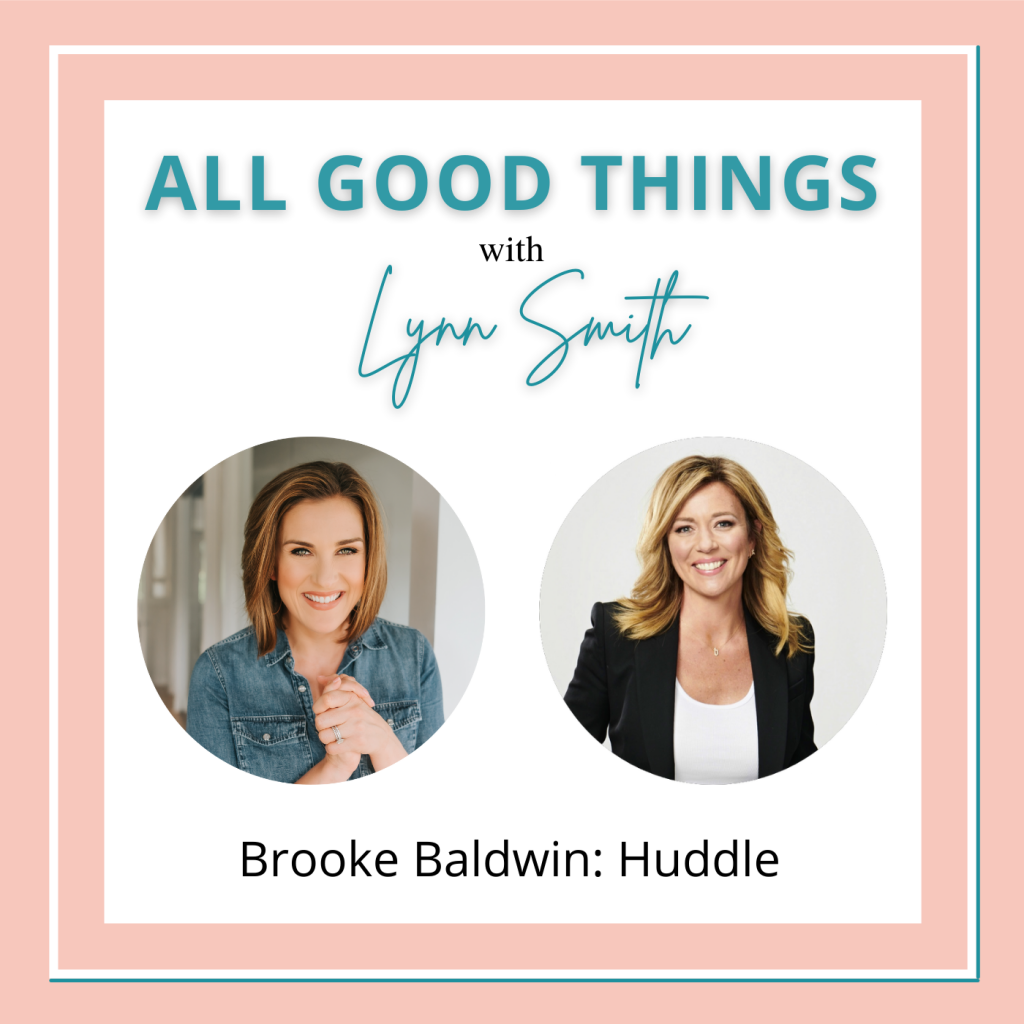 Brooke Baldwin is an author, veteran journalist and Peabody Award finalist. She hosted her own live daily news show on CNN for more than a decade.

IN THIS EPISODE, BROOKE TALKS WITH LYNN ABOUT:

“We are better together and there is real power in the huddle.” @BrookeBaldwin

“Men need to respect the woman’s need for space with one another.” @BrookeBaldwin

“I find joy in leaning on other women.” @BrookeBaldwin

“Huddling is about building one another up.” @BrookeBaldwin

“A story doesn’t have to have a beginning, middle, and end.” @BrookeBaldwin

During her time at CNN, Brooke Baldwin was often sent into the field to cover the biggest breaking stories in the US and around the world. She has covered everything from natural disasters, mass shootings, and terror attacks. Brooke had the privilege of meeting Presidents and interviewing former first ladies, members of Congress, scientists, teachers, nurses, astronauts, actors, activists, rock stars and ordinary Americans in extraordinary circumstances – from surviving mass shootings to hurricanes to COVID-19. She also anchored extensive coverage of the Obama and Trump administrations and has also reported on stories from Europe, Africa, Asia and the Middle East. (Ask her what it’s like to be catapulted off an aircraft carrier.)

Brooke’s debut book is Huddle: How Women Unlock Their Collective Power (Harper Collins, April 2021). Part journalism, part memoir, Brooke redefines the word “huddle” – when women lean on one another to provide each other support, empowerment, inspiration and the strength to enact meaningful change.